To buy his way out of serious debt, a straight general contractor agrees to allow the soul of a deceased interior designer to share his body- Jekyll & Hyde style – for just five days, only to find that his new boarder wants to evict his soul and take over his life. 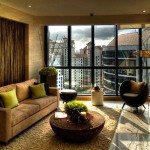 Scott Damon, a near-bankrupt general contractor to New York’s spoiled elite, has always dismissed the occult. So when his client, Hannah Gordon, offers him an easy $40,000 to channel a spirit through his body for just five days, Scott is desperate enough to give it a try. But after submitting to Hannah’s smudge smoke and incantations, he awakens the next morning to a world that doesn’t look right…and it isn’t.

Hannah has summoned designer Pierre Nalan, her deceased mentor, into Scott’s body so that, speaking through Scott, Pierre can help with her debut exhibit in the city’s premier interior design Showcase. The worst part is, Scott is left unconscious while Pierre takes over. Once again having flesh at his command, Pierre immediately begins wreaking havoc—jeopardizing Scott’s job, tampering with his family, and rearranging his sexual identity by using Scott’s hunky physique to tempt a former lover. Scott’s furious, but it seems he’s powerless to stop Pierre from running—and ruining—his life. Before his eyes, Scott’s world becomes Jekyll and Hyde meets Designing Women—and he doesn’t think it could get any worse.

That is, until he realizes that Pierre’s interior designs go beyond Hannah’s exhibit; his main project is kicking Scott out of his body altogether. Now, at the opening Gala of the design Showcase, Scott has one chance to seize control from his unwanted guest and get his life (and body) back the way it belongs.